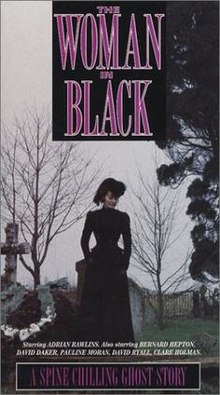 The Woman in Black is a made-for-television supernatural horror movie from 1989. It had originally broadcast on iTV on Christmas Eve and did moderately well in the ratings. The program was distributed by Granada Television and directed by Herbert Wise. It is based on the novel of the same name, written by Susan Hill. The book was published only a few years before. It is rumored that Ms. Hill was on the set, and wasn’t very keen on the slight changes the studio had made.

Taking place in England during the Edwardian Era, Mr. Arthur Kidd is a solicitor sent to settle the estate of a friendless old widow, Mrs. Drablow. Who had recently passed away. He takes the train to Crythin Gifford, the town in which the widow had resided and died. Arthur is warned about the strange dealings and going-ons that take place in the dreary and mysterious Eel Marsh House. Arthur is warned by the people of Crythin Gifford, to leave and return to London. However, he stays and intends to complete the job he was sent to do.

The artistic direction is pretty good. It’s set sometime around the late 1800’s and early 1900’s, so costuming is a huge part of the production. I really dug the costumes even if they felt too flashy and new. While the movie did a decent job of presenting the setting, they still had a pretty limited budget. I guess they worked well with what they had.

The scares in the movie are simple. They are events based in the supernatural. But they don’t jump out at you or slather your eyeballs in crimson corn syrup. Instead we have ghosts creepily haunting the picture. Bringing a slower and more deliberate fear to the forefront. It’s something that can't be replicated by any run of the mil slasher. This kind of terror is what Hammer Horror films delivered magnificently in the sixties and seventies.

The Woman in Black is terrifying. I can really appreciate a good creepy ghost woman. I also love the more subtle and psychological scares that the movie delivers. There is a scene done in fog that relies on heavy sound. It’s intense. In fact the entire movie relies heavily on sound. This is a great for movie buffs that want to find something more rustic and worn for a good Halloween playlist. It’s definitely a fall movie. 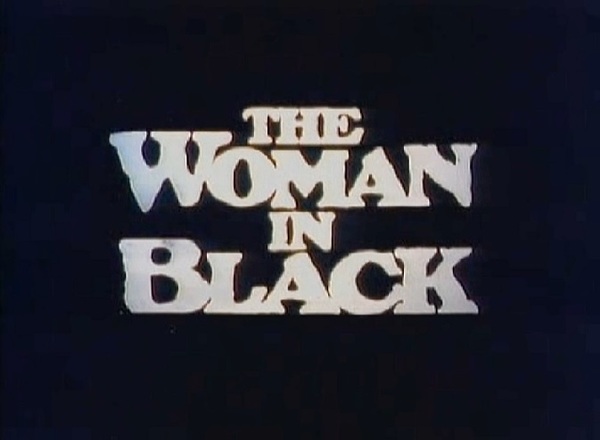