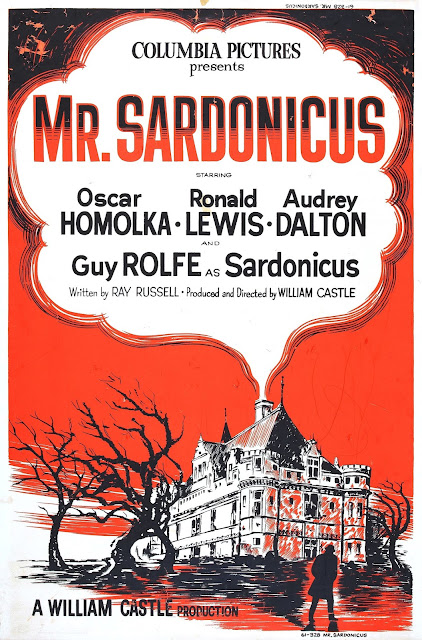 Mr. Sardonicus is a curious little story from William Castle that involves an impressive tale propelled by an enticing cast. Oskar Homolka was engaging in a truly weird way as the man servant Krull. He tortures a young woman by hoisting her up by her thumbs and then putting leeches on her feet and face. He is cold and merciless. Definitely a strong secondary villain. But, Guy Rolfe as Mr. Sardonicus is frightful as fuck. He is a great villain. Sardonicus appears to be haunted by ghouls and discusses his displeasure with them in long discussions. His demeanor is intimidating and gloomy. He uses this emotionless mask that makes him even more frightening.

Baron Sardonicus brings the world's leading surgeon to his home to fix his freakish appearance. Sir Robert Cargrave has been brought in to the estate for this purpose. If he doesn’t do the surgery, then Sardonicus will make his wife's face appear like his own. Oh, Cargrave has been making night eyes with our evil hosts wife. Shades of the convenient Old Dark House trope come into play.

The film examines the Sardonicus' back-story and depicts him, somewhat, in a sensitive manner. Basically, Sardonicus used to be identified as Marek Toleslawski. He was poor and worked frantically to make money. His father had picked up a lottery ticket (#7707). However, he died the night that he bought it and was buried with it in his waistcoat. It turns out that Marek’s dad had won the lottery but was accidentally buried with the ticket. So Marek digs up his dad’s corpse. Except that when his fathers body is uncovered it shocks him so much that it transforms his face. It turns him into the freakish ghoul with the tight disfigured mouth. I appreciated getting some backstory. I always applaud additional world building. 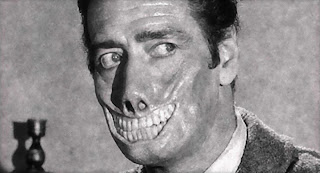 It’s William Castle so you know that your going to get a good amount of jump scares. Those combined with the torture/leeches scenes and Sardonicus’ mug make for a pretty decent horror movie. It’s nothing a preteen should lose any sleep over. The gimmick that Castle takes advantage of for this movie is the Punishment Poll. This is a part of the movie that was supposed to feel like audience participation. However, it was nothing more than another gimmick from the king of shock cinema. 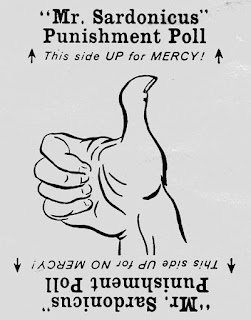 Technically Mr. Sardonicus is a really sound movie. I don't have many gripes or concerns about the picture. However, I do feel that some of the low-budget techniques showed through a bit. For example, it would have been expensive to show Sardonicus mouth moving. So to remedy this, Guy Rolfe was barely seen on screen when talking. Sometimes they would film him from behind to get away with hiding the mask.

Mr. Sardonicus was good. I admired the curious tale and direction. I would have killed to see this in the movie theater during the sixties. William Castle was recognized for his odd tricks and gags during the screenings of his pictures. This feature had some great reveal moments and jump scares. Perfect for the Castle experience. I found the film to be striking but not necessarily scary. The scariest parts were Sardonicus’ disguise and mutated face. His featureless mask was the criterion for creepy. I am so sure that Texas Chainsaw Massacre and Halloween owe a great deal of inspiration to this one.

Of course I would have to recommend movies like Phantom of the Opera. That movie seems like the most obvious suggestion. But this picture has also invoked nostalgia for films like Mystery of the Wax Museum, the Peter Lorre classic Mad Love and the Tom Cruise drama Vanilla Sky. 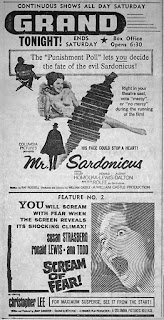 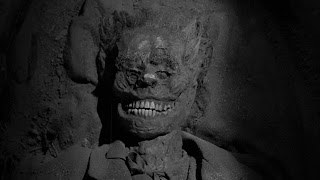 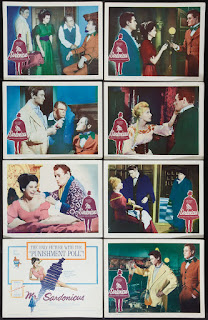 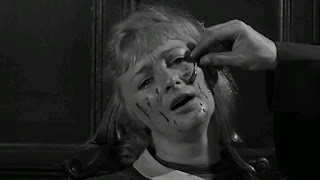 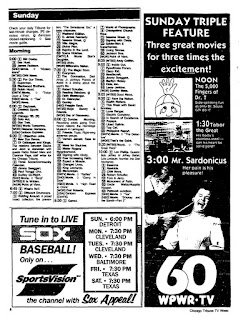 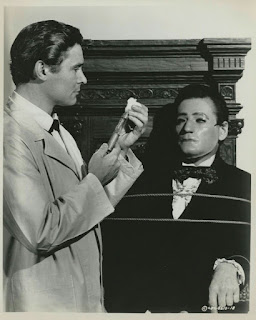 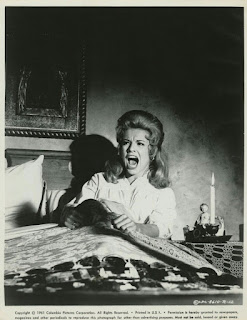 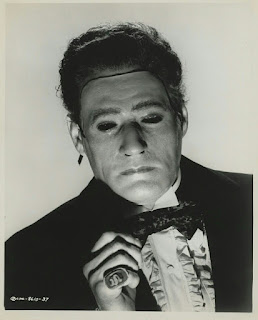 Irridescent said…
Dear Horror Blogger
We worked the sound on a few horror trailers this year ..
Dark Tower, IT, new BFI cut of Silence of the lambs.. + a few more 47 meters down etc
and we wanted to make a horror sound pack for as we were very inspired. so we made one for free.
This horror themed sound collection
http://radium-audio.com/horror-sounds-1/

we don't really have experience with distributing sounds to the general public.. as we have never sold them to the public..
so we wanted to share these for free..
we were hoping you would be able to share them on your amazing Facebook / blog .social pages.
for the community.
we made a small promo film to go with it ..
hope it darkly resonates with you
best wishes
Andrew
October 29, 2017 at 3:38 PM